How the new first lady is adapting to UofSC

For a member of a family in so much focus of the public eye, it is surprisingly difficult to find information about Shelly Caslen. I would easily wager that my own internet presence far exceeds hers; it’s certainly easier to locate photos online of almost anybody else I know than it is to find pictures of our UofSC First Lady, save for Flickr’s valuable contribution to the cause. Not only that, but it seems that students also have a relatively fuzzy understanding of who Mrs. Caslen is, much less what she is interested in. I reached out to see if I could get a personal interview with Mrs. Caslen, but to no avail. So what do we know about the woman that represents our community?

Out of curiosity, I asked a few students to tell me what they know about Shelly Caslen. The overwhelming response went along the lines of, “Well, I know that she’s the wife of Bob Caslen!” which, while accurate, falls short of a well-rounded understanding of a woman that represents the Carolina community. In response, I decided to execute what I like to call a good old-fashioned deep-dive internet search. Here is what I found:

Michelle Pastin Caslen was raised in Highland Falls, New York, approximately 0.7 miles away from the United States Military Academy at West Point, according to the UofSC “Meet our President” page (and Google Maps). The UofSC website also reveals that she has three sons, four grandchildren, “was recognized for her work with Army spouses while stationed in Hawaii,” and has been married to Bob for 42 years.

While it may appear like this information tells us nothing new about our First Lady, it seems that it actually reflects a deeper priority in her life: her desire to nurture, both within her own family and within the communities of UofSC and West Point students. Many of her Twitter posts feature her and her husband hosting students at their home for ice cream socials, fulfilling the promise to host any UofSC teams that beat Clemson in their fields. So far, the Caslens have hosted Gamecock Triathalon, Cycling, Volleyball, and Hockey to celebrate their victories. Her Twitter is also astir with retweets of her husband, the Columbia Police Department and the Health Center — many of which are intended to protect and support the student body.

It seems that Shelly Caslen is approaching her time as our Gamecock First Lady in much the same way that she approached her time at West Point: without excessive attention, and with an emphasis on her maternal attitude towards students. It’s no secret that the Caslens’ arrival on campus stirred up dissent among various groups; it shouldn’t surprise anyone that as a result, Mrs. Caslen (along with her husband) might seek to keep aspects of her life out of the public view. However, it seems that Mrs. Caslen’s behavior towards the students with which she is associated hasn’t changed all that much between New York and South Carolina. 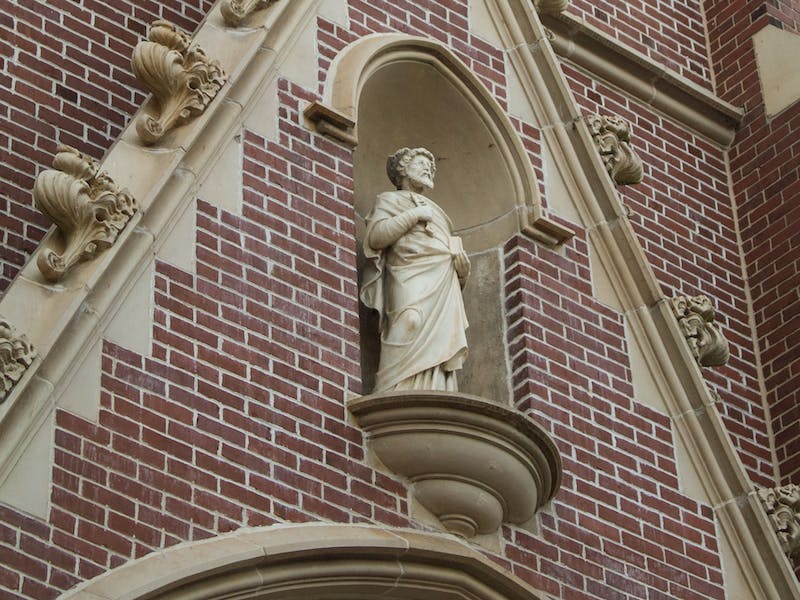