The double life of a student tapster

It’s 11 p.m. on a Thursday night. You have three classes and a quiz tomorrow, but instead of studying your chemistry notes, you’re studying the couple at the end of the bar who can already hardly stand on their feet. The night is young and as underage students quickly begin to pour into the bars of their choosing, you prepare yourself for what is bound to be an eventful or stressful (or eventful and stressful) night.

Being a student and juggling the crazy schedule that comes with being a bartender is one thing. But imagine being a student bartender who is also female in a field that is predominantly male. Is there a difference because of gender or is everyone treated the same?

I had the chance to sit down with UofSC alumnaMackenzie Henderson, who spent her senior year as a bartender at both Village Idiot in Five Points and TLC Sports Bar before graduating this past December. Here is her take on what it’s like being a student, a woman and a bartender:

G&B: What made you decide that you wanted to work in the service industry as a bartender while in school?

MH: “Before university I was a server and bartender at home in Augusta, Georgia. I had some friends in Columbia who were in the service industry and realized how much money I could make, so I decided to start bartending again at school.”

G&B: What was it like bartending and going to school full time?

MH: “It’s not easy and definitely not for everyone. Your social life definitely depletes because you work during the nights you would usually go out or spend time with friends. This was easy for me because by my senior year most of my friends had graduated or they were in the service industry also!”

G&B: I think a big question everyone would want an answer to is: how did you balance your schedule?

MH: “A lot of caffeine, short naps and time management! I would look at my monthly schedule and plan out my days to spend on strictly schoolwork bi-weekly. People should definitely use their best discretion when deciding whether they have the time to bartend considering their major, because bartending hours can be very demanding. During game day shifts or busy weekend shifts there were many times I worked 12 or more hours in one shift, multiple times a weekend. Time management was seriously everything!”

G&B: Was there ever a moment where it was just too stressful and you considered walking away from it all?

MH: “Absolutely. Especially considering I was balancing classes, an internship and two jobs; but the money is worth the stress and you can always ask to cut back on hours. During midterms I absolutely cut back on my hours and even went on pick-up at one of my jobs towards the end of the semester when final projects started creeping up.”

G&B: Did you feel the late nights impacted your school schedule at all?

MH: “A lack of sleep and feeling behind in class can definitely affect your schooling, especially if you have to take a morning class because there’s no other option. My advice to anyone considering bartending is to not bite off more than you can chew. You can always add more hours if you feel comfortable but working in the service industry with late hours while trying to maintain your coursework as a student can seriously mess with your mental health and stress levels.”

GandB: Okay, I have to know: what are some of the craziest things you have to deal with as a bartender?

MH: “You’ll see all kinds of physical altercations, harassment and off-the-wall things! The best thing to remember is that alcohol can cause people to do things out of character, so stay firm but have some compassion. Also, always look out for people! I’ve ordered many people Ubers because their friends left them and they were distraught, kicked individuals out for harassing others and made sure the victims were safe and with friends and taken keys from many people and gotten them alternate rides to keep the roads safe! Always treat others how you would hope to be treated if the roles were reversed.”

GandB: How was it being a female bartender in a mostly male dominant field?

MH: “Male bartenders in Columbia do a wonderful job at making sure girl bartenders feel safe and equal. I’ve never had a negative experience with any coworkers of the opposite sex. However, customers are another story!”

GandB: Were customers ever “too pushy,” for lack of better words?

MH: “Absolutely. I’ve had to have guys kicked out and banned a few times. You’re pretty safe behind the bar, but there are always those instances when you have to go to the bathroom or something where guys feel they can overstep bounds. It’s pretty similar to dealing with drunk guys downtown but you’re actually safer considering you have bouncers to kick them out and you have the authority to kick people out. My best advice is to just to stand your ground and stick up for yourself within reason. You’re going to get called names and get some major attitude from all parties, but the reality is that you don’t have to serve them if they give you any issues!”

GandB: Did you notice a difference at all as a female?

MH: “There’s honestly not much of a difference between male and female bartenders! Girls leave as many numbers and flirt just as hard with guy bartenders. The only difference is sometimes feeling less safe when a man’s advances become a bit too much.”

GandB: What would you say were your favorite and least favorite parts of bartending?

MH: “My favorite parts were the amount of money I made and the fact that work didn’t feel like work most of the time! Your shifts are still super fun due to the atmosphere! My least favorite parts were also the fact that the atmosphere can be a bit much sometimes when people have had a bit too much to drink, and you have to bite your tongue quite a bit.”

GandB: Would you recommend bartending to other students?

MH: “I would absolutely recommend it! It’s definitely not for everyone. You have to have a strong work ethic, self control and enjoy serving people and helping them have a fun time when they’re out. You also have to enjoy listening to a lot of people’s personal problems that they, honestly, probably shouldn’t be venting to you about. But I absolutely loved bartending! You meet so many people and make connections. The money is great and if you enjoy working and the nightlife atmosphere, Five Points is a great place to work!”

Letter from the Editor: Facing the Chaotic, Ever-changing World 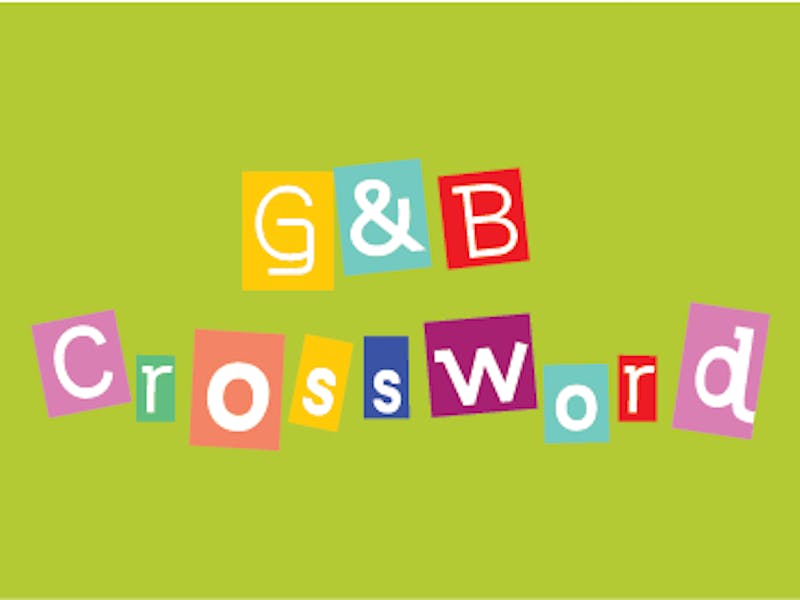