1 in 11 people in the U.S. are shoplifters, but what brings them to commit this crime in the first place?

It starts off small. Maybe it’s a pack of gum, some dainty earrings or a lighter—something small enough to fit in your pocket or the sleeve of your hoodie, maybe your ol’ reliable tote bag. It’s small enough to not be “a big deal”: a “they won’t miss it” kind of thing, where the risk seems a lot lower than the reward. When you’ve gotten away with shoplifting once, the second time doesn’t seem that daunting; or the third, or the fourth and so on.

According to the National Association for Shoplifting Prevention, about 1 out of 11 people in the United States are shoplifters, and 55% of them start when they’re teenagers—or younger. If you ask anyone walking around on Greene Street if they’ve ever shoplifted, chances are you’ll run into a thief or two. A whopping 45 million dollars worth of goods is stolen from retailers on a daily basis in the United States, and a large portion of these offenders are teenagers and young adults. What is the appeal? Why do so many young people shoplift?

One UofSC sophomore, who we will refer to as Janet for the sake of anonymity, was open to sharing her years of experience with shoplifting. Janet’s first time stealing was actually done unintentionally: as a child she forgot that she was holding a pack of stickers in her hand until after she left the store with her mom, who later scolded her. “I think the first thing I ever intentionally stole was a ring from CVS,” she said. She and her friend, high school students at the time, only liked a few select rings out of a pack. Ultimately, a decision was made. “I said, ‘Okay, well, we should just get them.’ We grabbed them, put them on our fingers, and left.”

Even though we’re taught that stealing, no matter the circumstance, is inherently wrong, Janet does have a few ground rules and ethical guidelines for her shoplifting habits. “I have a big thing about not stealing from small businesses,” she said, emphasizing that she mainly steals from large corporations that have convoluted morals and histories, like Goodwill. “I think Goodwill markets themselves as a place that gives back to the community, but when you look at what they actually give back, it’s so, so little.”

And she has a point. While Goodwill advertises that their profits go toward job training and programs for disabled employees, the majority of that funding actually comes from federal grants. In the long run, the millions of dollars of profit that they make from selling donated items will end up going to the top administrative overheads of the company — not support systems for their employees. The company also has a long history of exploiting disabled workers and paying them less than the federal minimum wage as a result of out-dated legislation under the Fair Labor Standard Act. “I have a bit of a vendetta against them,” Janet explains. “If you’re making all this profit off of things that you got for free and you don’t pay your employees well, plus you don’t actually give back to charity, why do I want to support you as a company?”

This philosophy is quite popular among shoplifters. Stealing from large corporations, who are often insured for such losses, takes away the guilt of theft, and a lot of people don’t feel particularly remorseful for stealing from billion-dollar companies.

Reeling back a bit, Janet explains that her stealing habits are never premeditated.  “I might make a joke with my friend, like, ‘I’m gonna go out, buy a couple things, steal a couple things,’ but I never say, ‘I’m going to go out stealing today!’ I do pay for most of my things, but for me, it just happens.”

Janet also emphasizes that she avoids stealing from businesses like Target, who allegedly keep track of an individual’s theft using facial recognition technology on their security footage. They’ll monitor shoplifters until they’ve stolen $500 or more of goods, which is enough to charge them with a felony.

With an increasing number of stores implementing self-checkout kiosks, shoplifting has become even more accessible. Recently, Janet went to scan two vinyls at a self-checkout, but only one scanned into the register. “It was semi-accidental, but I was like, ‘Eh, I’m not going to scan the other one,’ and I just put it in the bag.”

While this may seem slick, these kiosks often have alarmed security cameras that directly monitor you while you scan and are programmed to alert managers if they detect unscanned items being bagged. These security measures are retailers' attempts to combat the increasing level of shoplifting at self-checkouts.

Again, though, why is shoplifting so popular? The act of shoplifting has been known to give people an adrenaline rush or an addictive “high.” Some people may do it in order to fit in with a group of friends or to individually sell for their own profit. Many people also suffer from an impulse control disorder known as kleptomania, where the urge to steal things you don’t need is overpowering. People with this disorder suffer from severe anxiety and stealing often provides a sense of relief. However, they are also burdened with cycles of guilt and shame, and many people seek professional treatment for this disorder. It is also the source of a popular (albeit dated) term used to describe shoplifters or frequent thieves: “kleptos.”

For most young people, Janet cites the media as a gateway to shoplifting. “The Bling Ring” is a 2013 film based on real teenagers who tracked celebrities’ locations using the internet and social media to rob their houses while they were away, and Janet says that this movie introduced her to the idea of stealing. “When you’re young, you’re told that stealing is wrong, but then you see it glamorized.”

Janet also brings up how social media platforms like TikTok have popularized shoplifting, or “borrowing” content. Anonymous creators will post tutorials and coded tips on how to “borrow” things from stores without getting caught, and some of these videos have gone viral. The origin of this type of content can even be traced to platforms such as Tumblr, where teenage users would create text posts that lay out a list of advice for getting away with shoplifting from stores like Sephora. Over the course of the last decade, this content has spread to almost every social media platform — mainly by teenagers. Shoplifting has become a long-term trend moralized by young teens online, and with how fast information travels on the internet, it's no doubt that this content has gotten hundreds — if not thousands — of people caught and arrested.

However, not everyone steals out of convenience. What’s the difference between “glamorous” shoplifting versus shoplifting out of necessity? According to the American Psychological Association, research has found that about one-third of college students struggle to afford food and stable housing. With numbers that high, it’s easy to understand why so many college students steal from stores to make ends meet.

Living in poverty, or even just living a frugal lifestyle, is incredibly difficult and psychologically taxing. Having to sacrifice something that you enjoy in order to put food on the table is a struggle that many young people face. So, it’s understandable that when you’ve reached your grocery budget for the month but you want a new pair of jeans, the urge to shoplift becomes a lot stronger.

No matter your opinion on the morality of shoplifting, it’s important to understand the different perspectives and reasoning for why people do it. While some may see it as an act of teenage rebellion, for many, it’s a matter of survival. The problem with shoplifting is not necessarily the people who do it, but the systems in place that drive them to do so. 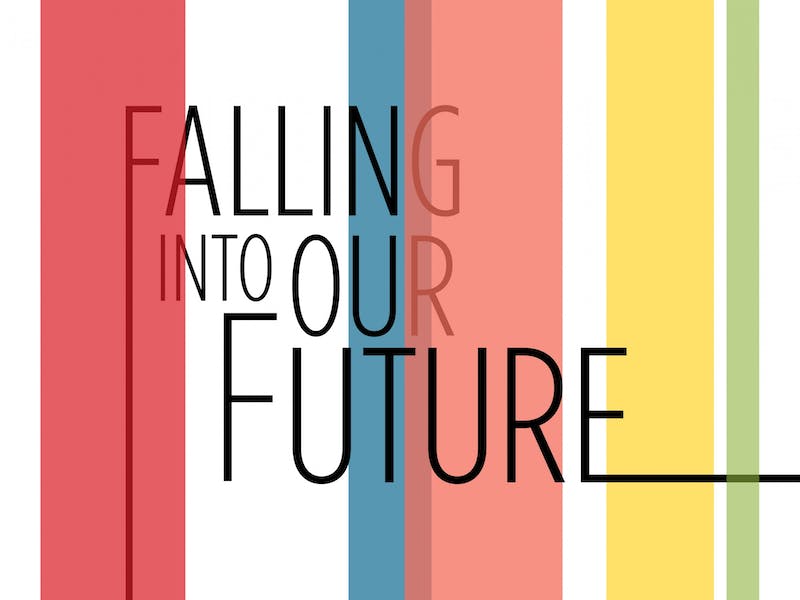