While some queer students are abandoning their faith, others are celebrating it.

If you have ever walked down Greene Street, you are likely no stranger to the streetside evangelists passing out pamphlets or proclaiming biblical teachings through megaphones. You may hear what some ascribe to be gospel truths, but many have also been subjected to threats targeted towards queer students that promise them damnation if they do not denounce the non-heterosexual, non-cisgender parts of themselves. In the face of this, there is also a good chance that you have seen groups of UofSC students banding together to take a stand nearby holding pride flags.

These occurrences have become so well known across campus that they have even made it onto platforms such as TikTok and Instagram. It is no wonder why so many people have come to associate faith with bigotry, and it has caused a multitude of students to step back from the religions in which they were raised. There are also queer students on campus who have found their true selves in both their sexual identity and their religious beliefs.

Lenyx Coviak, a student who has grown tired of people using religion as an excuse for hate, recalls how the household Christian faith hindered their own self-discovery journey. Coviak is non-religious, but they shared that they did attend church every now and then in their childhood. Though these visits were infrequent, Coviak said that they did result in some internalized homophobia that made growing into their nonbinary identity somewhat daunting. “I had always been queer. I just never had the words for it until I got older. And then when I did, the immediate feeling was ‘something’s wrong with me. I am not correct,’” Coviak said.

Many queer people do not realize that they are queer until they are older but some begin to notice it when they are very young. Lots of things that are innately a part of what makes you yourself are often difficult to quantify or put into words until you have the vocabulary to do so. Those raised in religion are often taught myths or untruths about what it actually means to be queer.

Though they are very comfortable and secure in their identity, Coviak said that the way in which the church presents queerness to congregations greatly contributes to false beliefs about the LGBTQ+ community, even down to the biology of being queer. “I know people who assume that being queer is a choice because their religion makes them assume that being this way is a choice. It makes it hard as a queer person because it immediately comes with dehumanization.” People are naturally drawn towards communities that celebrate every part of who they are, and such dehumanization is the crux of why so many queer people feel they cannot find a home in religious spaces.

Another student, Yasmen Balogun, reflects on how being raised Muslim in Nigeria, a country where same-sex marriage is not recognized and even punishable by death, has influenced her journey into discovering her sexuality. While no longer Muslim, Balogun mentioned that there had been a divergence in her mind between the teachings of God and the teachings of religious scholars. She said, “My mindset was that there’s no way God is against this if this is just what I am, and I think for a long time, I tried to make both things work.”

People have never been and will never be one size fits all. There will always be members of the LGTBQ+ community within and outside of religion, and people's experiences are just as diverse as their sexualities, gender identities, faiths and everything else that makes them who they are. Diversity is something that should not merely be tolerated; it needs to be embraced. Unfortunately, not all queer people experienced this kind of acceptance growing up.

Balogun recalls how her sexuality has been condemned by multiple members of her family, even those who have done things widely accepted as immoral, such as cheating on their spouses. This brought to light a fierce double standard and a stark hypocrisy. It reminded her of a John 8:7, a Bible verse that states, “He who is without sin among you, let him be the first to cast a stone.”

Many queer people have been baffled over the years by how religious institutions that preach so vehemently against casting judgment have produced some of the people most well-known for bombarding them with hateful words. Some will even go as far as to say that their issue isn’t with the religion itself. It is with those who follow it.

In response to this hypocrisy, Balogun implores everybody, be they religious or otherwise, to assess how the world around us has impacted faith and morality. “You must recognize that a lot of what you are taught by faith has a lot to do with culture, and it’s important to separate that.” Common cultural beliefs can impact people's preconceptions about anything. When misinformation is targeted towards marginalized groups, it leads to prejudice that can be heard from family members, news or the pulpit.

Even within the school setting, topics such as sex education can be prejudiced against queer youth. A national study found that just 4% of high schoolers recall having a queer-positive discussion when it came to sex education, if they had such a discussion at all. According to Child Trends, only 17 states (including Washington, D.C.) have at least 50% of public schools integrating LGTBQ-inclusive curricula in their sex ed programs. These kinds of additional factors can influence a young queer person’s image of themselves and make self-discovery much more difficult than it needs to be, and it can also impact the way in which the general public views queerness.

Young people are leaving the church at a faster rate than ever before. According to the Journal for the Scientific Study of Religion, there is a strong association between queer identity and stepping away from religion either partially or altogether. However, there are still students who are emboldened by embracing both their queerness and their faith.

Deven Hull, a UofSC freshman, has navigated the often daunting intersection between faith and sexuality for years. While some devout religious families have very limited, critical feelings towards queer sexualities, Hull shared that he was presented with a somewhat middle-grounded expectation from his parents. “As a non-denominational Christian, I was raised to believe that being gay wasn’t sin, it was just a temptation that would be presented to me, but that for me to then act on it would be sinful.”

Finding a safe space in which you can unapologetically show all parts of yourself is not always easy. Many find that it is quite the contrary. However, Hull and others in a similar place will tell you that it is far from impossible.

Hull has found a community within the Columbia Church of Christ that empowers him to celebrate both his faith and all other parts of his identity. Religious people with queer gender or sexual identities often feel pressured to choose between two parts of themselves, but Hull urges other young queer people to embrace their identities as well as whatever religious beliefs they may feel impassioned to practice. “Don’t try and suppress it, because that’s never going to work. If your faith is something that’s important to you as well as your sexuality, you just have to be willing to address that directly and openly and find people who you’re comfortable doing that with. Find those spaces.”

Whether religious or non-religious, queer people deserve to be celebrated. Some find wonderful groups on campus that accept both their faith and their sexual or gender identity, but others sometimes do not. Every experience is as diverse and valid as the next. Regardless of how you identify, there is a place for you, and there will always be people from different walks of life who will come alongside you in genuine care and love. 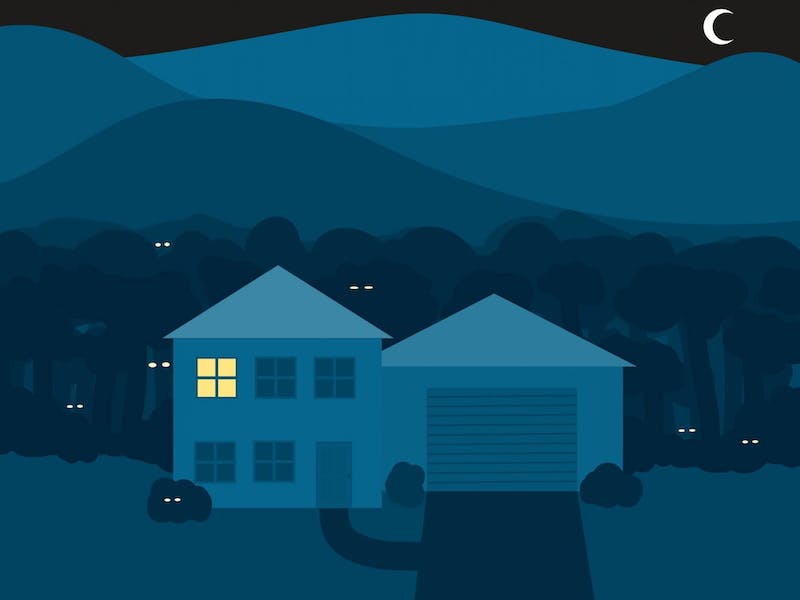