How can we work together to keep women safe at night?

If you know any woman in your life, a common trait amongst almost all of them is the presence of a taser, pepper spray, a swiss knife, a whistle or a shock pen on their person as they carry out their day-to-day activities. But it’s even closer to a guarantee for women who leave their homes at night. Whether it be grabbing a bite to eat, having some drinks in the Vista, meeting up with some friends in Five Points or just walking across campus to the Bull Street Garage after a late-night study session, women carry around these items as safety measures to make them feel more comfortable at night.

The universal women’s safety protocol: Don’t walk alone at night. Make sure someone knows your whereabouts, talk to someone on the phone during your walk and wear something bright. These are all things women have grown up hearing. Tragically, for many women, this protocol has not been enough.

In March of 2019, Samantha Josephson, a student at the University of South Carolina, was out in Five Points with some friends. Late at night, she ordered an Uber from one of the bars in the district and mistakenly entered a vehicle that she believed was her ride. Her attacker used childproof locks to ensure Josephson’s capture. In the end, she was kidnapped and heartbreakingly murdered.

Josephson’s tragic death attracted national attention. Instilling an intense fear amongst women across the globe surrounding their nightly excursions and activities. The murder began leading the discussion in regards to women’s safety at night and additional steps that can be taken to ensure safety with rideshare services. It led to increased awareness as to who is out at night and created a sense of community among many women that they would look out for one another as they are out on the streets at night, whether that be getting off of work late, walking to their car or simply walking into a bar. It led to a larger audience of men realizing the harshness of the fear women have when leaving their homes at night time.

“I’d never really thought about it before if I’m being honest,” a male UofSC student shared. “I know that sounds bad. But as a guy I’ve never really felt threatened at night, you know? Like- I don’t think anybody is gonna mess with me because I’m a tall guy. But it really put things in perspective for me when I saw all of my friends who are girls with pepper spray on their keychains."

Then, I sat with some women to get their takes on this issue that they have been experiencing for many years now.

“I always make sure I walk in well-lit areas that will most likely have some people nearby when I leave somewhere at night by myself,” a UofSC Junior said. “Or if I am out with some friends, I’ll ask them if they can walk me to my car so I don’t have to go alone.” When asked what she would do if she had to walk alone, she replied, “If I am leaving somewhere by myself when it’s dark out, I’ll walk with my keys in between my fingers as a weapon."

“I don’t go anywhere by myself at night if I can help it,” another UofSC student shared. “It makes me anxious. I’ve seen so many guys like waiting at street corners for girls to walk by just to whistle at them ... I’m scared for the day it gets more physical.”

UofSC has recently been making more efforts to ensure safety on campus but especially highlighting how imperative it is for female students to feel more comfortable at night. The Rave Guardian app was created by UofSC PD to help students feel safer while walking on-campus. A student can download the app, and within it, they can set a timer for how long they anticipate it taking for them to return to their dorm. If the timer isn’t manually turned off once safely at their destination, UofSC PD will automatically dispatch an officer to ensure students' safety. Likewise, they can anonymously message an officer if a student feels as if they are in immediate danger.

The safety buttons on campus are also a great resource when walking at night. If they are worried about being followed, a student can press the blue buttons on the safety polls around campus. This will automatically send a route to the UofSC PD who can monitor and track the student as buttons are pushed and will meet them at the most recent button. This is a great option for students who stay on campus, but also for any student who suspects they are being followed during the day.

And finally, it is crucial when getting into an Uber, Lyft or other rideshare vehicles to ask “what’s my name?” before proceeding into the vehicle, as well as double-check the license plate with the app and read driver reviews. If you feel unsafe or uncomfortable, be sure to call 911.

These resources can help make nighttime excursions easier for women. It is crucial to make sure you keep your friends aware of your whereabouts and let them know immediately if something feels wrong.

We have to work together to ensure a safe environment for not just Gamecocks, but women around the world. 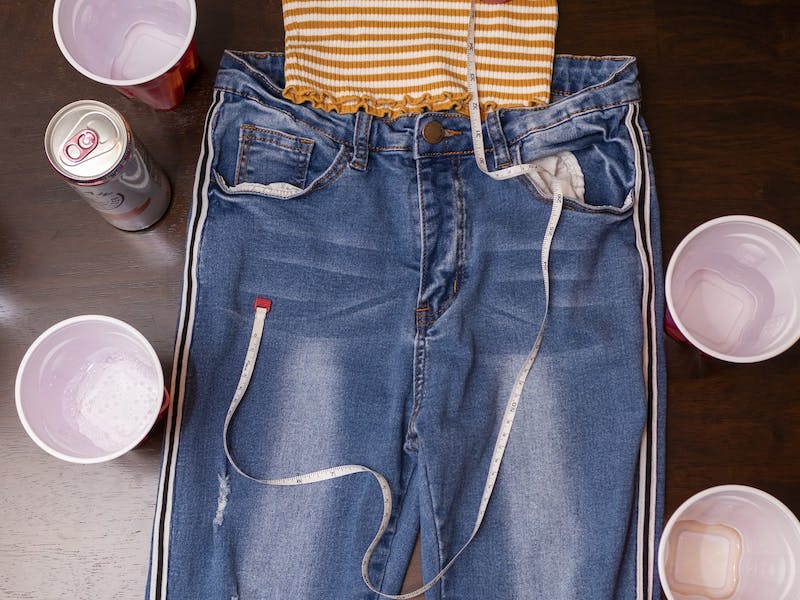