Don't You, Forget About Them

A conversation addressing the lack of diversity in iconic films

From the Stylist: In order to display the importance of this conversation about inclusivity in film, we decided to take 3 iconic cult classic films that have a white cast, The Breakfast Club, Ferris Bruller, and Mean Girls, and replace their characters with a group of diverse students at UofSC. How might have these plotlines and stories been richer if there was more representation in film earlier, as well as address how much farther we still must go in terms of inclusivity. Most of the clothes from this shoot are thrifted, as I really wanted emulate the feeling of the original costumes while also adding a modern element to it.

Q: What do you remember about the first time you saw yourself represented on screen?

Aman: When I moved here I started watching shows like Phineas and Ferb and you had Baljeet and in Jesse they had Ravi. You know, we got the stereotypical, nerd Indian that's like not cool and a dork with a thick accent. Yeah, they look a certain way and just only good at books and stuff. So that's like the representation.

Justice: Well, growing up in an African American household. That's mainly, the type of media that we were exposed to. So different movies, such as Poetic Justice, Love, and Basketball were very popular in my home. So it wasn't foreign to me to see people of color on film.

Nesreen: For me, I think, being Arab and Muslim. I always see representation of my culture as terrorists. And that was like the first time I've ever seen us be represented. But yeah, mainly because at home, we really don't watch like Arabic TV shows or anything. It's always been Western media because we've always grown up in America. So I feel like I've never seen myself for be represented as just like a normal person, but there's always such a negative connotation.

Chelsea: Well, that's a hard question because I grew up in Asia. So, that was very normal, everyone there is like me. But coming here was the first time I was minority. So that was definitely an adjustment to make. Nobody really tells you about it because I feel like it's such a niche experience to have, you know, people move all the time, but they don't really move to whole other continent where they’re a minority.

Q: How would, how would you ideally like to see your community represented on screen?

Q: Did you have anyone that growing up, you looked up to in media?

Justice:  I guess a turning point or monumental point for me, would be seeing the first black Disney princess. Yeah, black representation within Disney films, because, of course, there was representation. Again, you know for whites and even Asians, but for us to have actual Disney princess with very big for me, which is why she’s that's one of my favorite princesses now.

Q: Does not being represented diminish your dreams and ambitions?

Q: Does not being represented diminish your dreams and ambitions?

Chelsea: You know, over time if anything I think it has helped me become more comfortable with who I am, more self-aware and confident- which I think is very lucky for me. I don’t think a lot of people can say that.

Asher:  Yeah. Shit gets me every time. If I had a nickel for every person who like walked by in the street and just gave me a glance and instantly like just started walking like a farther away from me, like, started walking at a slower pace. It's like they glance at their phones second. Look at me. I'd be the Monopoly man. It’s fucked up. It’s so fucked up.

Aman:  I’m a photographer, I'm part of leadership groups and stuff. I was part of the step team in high school, I play basketball.  People don't know that, and they just think I’m smart like I’m just one dimensional.

Nesreen: It's just really sad because now it's such a burden to me because I always feel like I have to represent my faith in a good way or people are just going to assume that what they see in media, how what they see in TV shows is true. So I feel that it's been a burden. Any woman with a scarf is always going to be like the wife of a terrorist like you're never going to just see like a girl in a scarf. I think on Netflix now I see like background characters wear scarves. Like they're not actually in the movie, but if it's a main character, it's always going to be in a negative light.

Justice: I think African Americans are represented within media. But like you said there's a stereotype that surrounds it. You have the Angry Black Woman character or you know, the thug or whatever, there are certain things that are represented well, such as unity within the black community but there are always stereotypes that surround it, that portray the black community in a light that really isn't us.

Nesreen: Um, I think we aren't being represented because of the stigma, the media portrays after 9/11 and then like currently now with terrorist groups, you're not going to see a lot of positive portrayals. Like Justice was talking about princes Tatiana. There's Princess Jasmine, but even then, there's still negative connotations associated with that movie. Like, when you look at the evil people, in the movie, the thieves all have darker Middle-eastern features and thick eyebrows, and big noses. Those are like, common, Arab features. Jasmine has a small nose and she's paler than them. So, I feel like we got representation with that, but it was still negative. I think the main reason we're not being represented is the stigma and stereotypes associated post 9/11 and sadly, we just have to hope they'll go away, but not yet. The people that are telling Arab stories and portraying us in such negative ways; they don't take the time to sit there and meet Arab people. They don't like to educate themselves to see that we're normal. 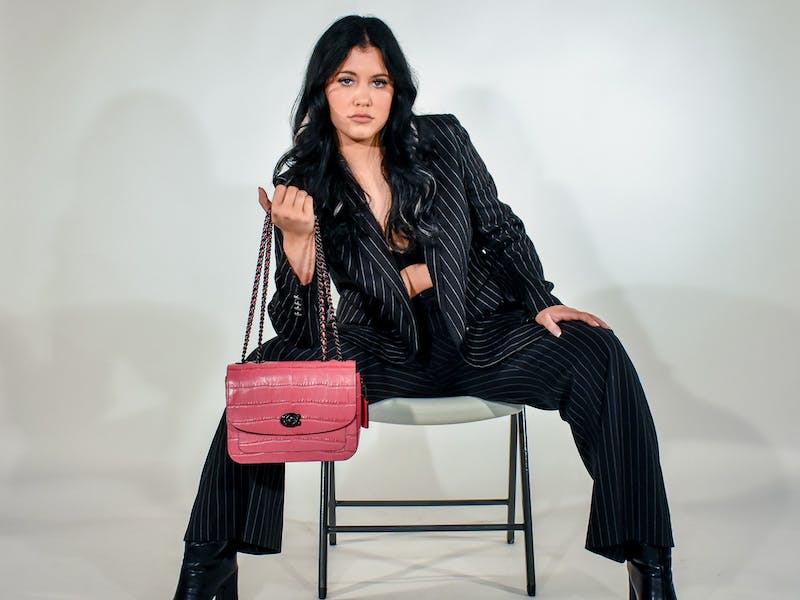