Take a look into the versatility and virality of the drink consumers know and love today, bubble tea!

What is bubble tea?

Bubble tea is an iced tea beverage, commonly prepared with milk or non-dairy creamer. It can be assembled as a chilled liquid or a frozen slush, layered on top of jelly-like chunks known as boba. Boba ranges from traditional chewy tapioca pearls to fruit-flavored rectangular jellies to juice-filled bubbles that pop in your mouth. The most basic model of bubble tea consists of tapioca boba, ice and milk tea. The aesthetic of the beverage is just as important as the flavor, explaining why the majority of bubble tea shops serve their products in clear cups. It is most common for bubble tea to be sealed in a cup that must be pierced with a sharp-ended straw in order to consume the contents. Boba straws are incredibly unique-looking: sharp on one end and just wide enough to efficiently suck the boba up. “Bubble tea is also known as boba drink, pearl tea drink, boba ice tea, boba, boba nai cha, zhen zhou nai cha, pearl milk tea, pearl ice tea, black pearl tea, tapioca ball drink, BBT, PT, pearl shake, QQ (which means chewy in Taiwanese)," according to Bubble Tea Supply.

Why is it called “boba”?

In quite scandalous fashion, boba is slang for “boobs” in Chinese. Tapioca pearls earned this name because of their spherical shape and soft texture. Although this nickname is very specific to the famous tapioca balls, boba became a broad term to refer to most of the delicious inclusions associated with bubble tea, like popping pearls and jellies. Boba is a huge part of what makes the tea unique, but it is not uncommon for consumers to just get a cup of milk tea as it is equally tasty. It is important to note, though, that the drink has become a category within itself. These days, customers cannot just order a "boba tea" without any other specifications. Consumers must specify if they want it iced, sweetened, mixed flavors, etc. After conducting a survey, seven out of fifteen students responded that boba is their favorite aspect of the beverage over anything else.

Where/when is it from?

Boba was a common dessert item in Taiwan before it became the beverage we enjoy today. Tapioca served its purpose as a popular topping on shaved ice, offering an adverse texture to the sweet fluffy ice. During the late 1980s, Liu Han-Chieh, who is referred to as the founder of bubble tea, combined tapioca pearls with milk tea and shaved ice, the rest is history. Over time, vendors began including their own additives in their products, such as fruit chunks, syrups, sweeteners and new forms of boba.

Why is it so popular?

Bubble tea shops have been predominant across Asia since the ’90s, but now it seems more universally loved than before. According to Luxury Viewer, bubble tea has gained extensive popularity due to its "versatility." The drink can be prepared in a variety of ways that will satisfy a customer’s desires. The Corner Blend here in Columbia shows customers the most popular flavors right on their menu, which can be especially helpful for new consumers. According to their menu, classic flavors such as Milk Tea and Coconut are referred to as "Columbia Favorites." They also offer more unique flavors, such as Cookies & Cream and Caramel Latte. JJ’s Tea House right next door is known for their classic Milk Tea with tapioca boba, and they offer a 2 for $6 special between three flavors (Milk Tea, Black Tea, Green Tea). Bubble tea has grabbed attention from the public because of how easily it can be adjusted and customized.

What makes it meaningful?

The drink plays a significant role in Asian and American culture in a number of ways. Food & Wine explains that in the 1990s, bubble tea entered the scene following the widespread immigration of Taiwanese people to the country. Many Taiwanese-Americans grew up indulging in bubble tea as it became a symbol of cultural identity and social activity for kids and teens. Yvette Chen, the owner of JJ’s Tea house here in Columbia, shared that she has been working with boba since the early times of its existence in America. “At the time, boba was really new for people,” she explains. “Most of the time, we needed to explain how it is made and how to drink it. It was a fun time though.” Yvette worked at her parent’s bubble tea shop in Los Angeles, California until she graduated college. After that, she managed a different boba shop for seven years! Now, she and her husband have been running their very own bubble tea store which opened in 2017. Boba has definitely made an impact on Yvette’s life, and she continues to serve this city milk tea and tapioca with a smile on her face.

The demand for boba spread from Asian-American communities and is now especially popular among the younger generations in the United States. Millennials and Generation Z understand that social media marketing is invariably one of the most successful ways to promote a product. Again, bubble tea’s aesthetic is held to a high standard. By advertising through a media outlet like Instagram, restaurants and businesses are capable of encouraging new and frequent bubble tea consumers to seek out their products. The boba hype has not faded because new trends are constantly keeping the industry and consumers on their toes. As the market for bubble tea expands, businesses are finding new ways to get people excited about boba. Food Sided took a look at a recent marketing campaign by Kung Fu Tea, America's largest bubble tea business. The campaign is known as "WTF is Boba?" and they shared it with the world via social media on April 30th, the day that they founded National Bubble Tea Day. Kung Fu Tea's goal was to educate more Americans on what bubble tea is and encourage them to give it a try.

Where can I get it?

The easiest places to search out bubble tea are major cities considering that’s where the most consumer traffic will be occurring. Luckily for Columbia residents, there are a few restaurants serving sweet boba beverages. Two of these businesses are right next to each other and located right by Greek village. The Corner Blend provides an extensive variety of flavors and combination options for their customer's wildest tea cravings. Both The Corner Blend and their next-door neighbor, JJ's Tea House offers milk tea and fruit tea, providing either a creamy or a refreshing beverage for their customers. As part of a bubble tea survey, students were asked to share their favorite flavors of the drink, including Vanilla, Chai, Earl Grey, Honeydew, Taro, Brown Sugar, Honey and Mocha. All of these flavors and more can be found at either establishment. JJ’s Tea House also offers traditional Taiwanese cuisine that pairs well with their teas. While JJ's may not have flavors like Cookies & Cream, they do offer a rather traditional variation of teas for their customers, such as Mango and Almond. Yvette Chen shares that her favorite boba tea flavor is Jasmine Green Tea. “I’m very old style,” she admits.

Now that you know what bubble tea is, why people love it and where to get it, will you be indulging in the sweet beverage anytime soon? 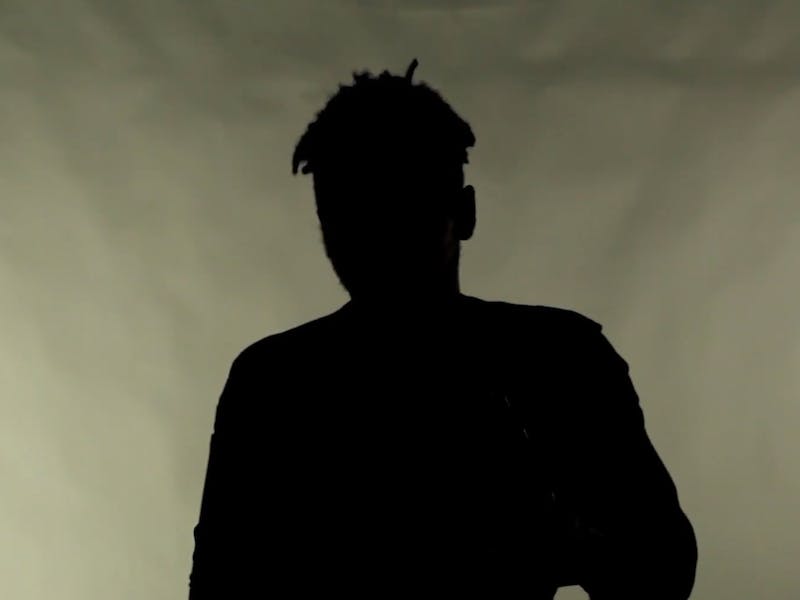 Confessions From Service Workers During COVID-19 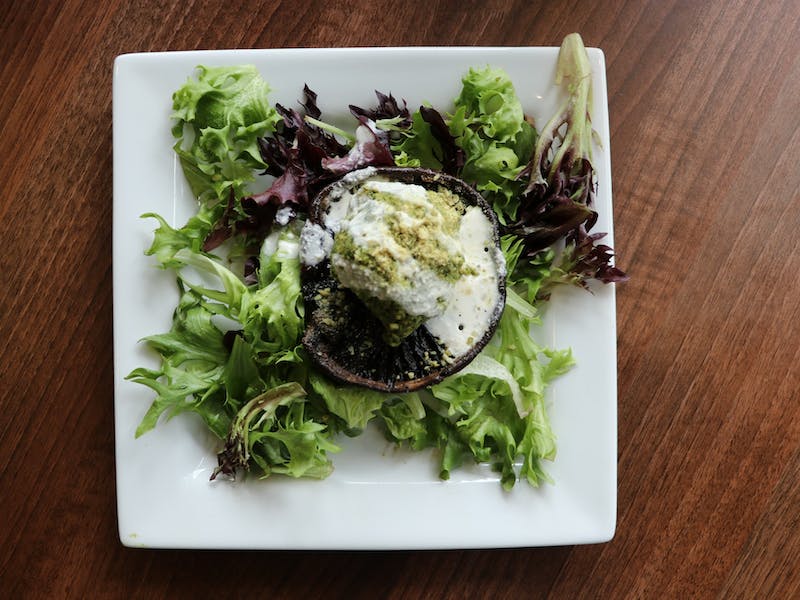 The Best Plant-Based Meals in Columbia (According to Students) 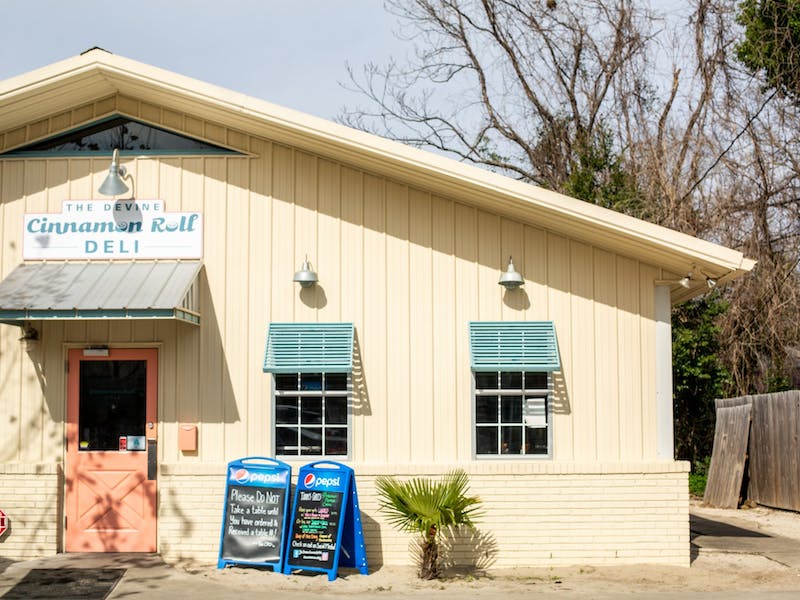 Celebrating During a Pandemic