The Rules of The Black Woman

To be a Black woman and the unjust rules that follow.

I am forever grateful to be a Black woman, but I’d be lying if I said it wasn’t hard.

To be a Black woman and live in the world today is a full time job. We have to worry about political, social, and economic issues that have overshadowed the basic rule of life: to live. To be Black in this world, we have to fight to constantly stay afloat in the deep waters of systematic racism and prejudice. To be Black women in this world, we have to do all of the above, plus make sure to abide by the rules penned in fine print. While these rules were put in place with good intentions, society’s interpretations left them scarred. It’s beyond putting on sunscreen before you leave the house or wrapping your hair at night; these societally-tainted rules have minimized, controlled, and put conditions on the growth, confidence and well-being of the Black woman.

I asked Black women on campus and on social media what they feel are rules that we are expected to adhere to. Through the responses, I’ve realized how much of a box society has attempted to place us in and it’s time to address it.

Society’s interpretation of a Black woman's strength is the ability to carry the weight of the world on her shoulders without buckling at the knees. “People expect us to be Ms. Superwoman…sometimes we need help,” Labria Rhaney, a freshman at the University of South Carolina said. Many Black women will hide the fact that they are at their wits' end, just so they won't be deemed weak. Winthrop class of '23 student, Alexiona Carwise, said it best: “It’s amazing to be strong, but when is there time for self care and reassurance?”

The roles of the Black woman have been manipulated to satisfy the lifestyle of those around them, not their own. Black women are expected to turn their independence off in order to stay within the lines of femininity, but turn it back on when in male-dominated spaces. Ji’ya Scott ‘24 wrote, “We’re expected to be independent but not too independent, but not overly dependent either.” God forbid Black women step on a man’s toes because then they risk becoming too masculine to be sought after.

This time spent on other people has taken away from the time Black women have to themselves, thus having negative effects on mental health within the Black community. “Prioritizing ourselves gets lost when trying to help others,” Rhaney '25 said. According to John Hopkins Medicine, “...compared to their Caucasian counterparts, African-American women are only half as likely to seek help" Mental Health Among African American Women. This is not to mention the fact that society has conned Black women into “toning ourselves down and suppressing the way we express our emotions,” Korbyn O’banion, junior at UofSC said.

Contrary to popular belief, Black women are not superwomen. They can’t be at the front lines of racial discrimination, persevere through exclusive and uncomfortable work environments, then come home to cook and clean, and have the energy to maintain a social life and relationships without the proper mental breaks and emotional support. Black women should be able to display vulnerability without being labeled as weak. They should be able to seek help without being labeled as crazy. At the end of the day, we are still human. It’s imperative to give Black women a break for the sake of their well-being.

In the event that the Black woman is exuding the power she has worked hard to achieve, she is told to “humble” herself. Humility was always depicted as a good thing, but for Black women, it has acted as a silencer, rather than a trait of good character. A Black woman's success, in all forms, makes society uncomfortable. Throughout 2021 alone, the media has provided plenty of proof of this.

Through the rise of their music and social media presence, both Chloe Bailey and Lizzo have been ridiculed for loving themselves. It became so bad that both women have had to have emotional conversations with the media just to explain why they love themselves. Black women are forced to defend their possession of self-esteem, just for people to try and diminish it.

Sha’Carri Richardson was America’s home girl - until she wasn’t. After a successful meet, Richardson was praised, and the “I’m Her” statement took social media by storm. However, after the Olympic incident, she hasn’t been allowed to be confident without being reminded of her mistake. The media has changed the narrative and has made her out to be a mean girl because the world refuses to let her move on from it. Ali W., UofSC class of '22, says, “We’re expected to take criticism and not say anything about it. When we do, we get called angry or have an attitude.”

It’s imperative to note that the Black community has played a huge part in attempting to humble their women. There is so much internalized misogynoir within the Black community, and unfortunately, it is validating society's toxic approach towards Black women. Put simply, “it be your own people.”

Black women should be able to be loud and proud about their success. According to CNBC writer Courtney Connely, “regardless of a Black woman's desire to advance in her career, insurmountable barriers ahead of her make it harder to reach the top" How corporate America's diversity initiatives continue to fail Black women. There is so much work that goes into being a successful Black woman in society.

Justice Kelley '22 expresses, “[Black women] have to be above average to get by, while your peers are able to be average and get by. You have to be the best of the best to even get a seat at the table.” After climbing their way to the top, it would be scary to think that, after all of that, they can’t simply be proud of themselves.

Applaud the Black woman in your class, on your Twitter timeline, or at work, whether for big accomplishments or small, it’ll make a huge difference.

“The number one rule [for Black women] is to be seen and not heard!” - Caley Bright ‘24

As soon as a Black woman opens her mouth, she is said to be loud, ghetto, too opinionated or always complaining. “When we voice our opinion, we’re seen as loud and aggressive," Tyra Latimer ‘23 said. Black women are expected to speak up only when society calls for it; however, many were raised to believe that “closed mouths don’t get fed.”

Black men have been known to silence Black women, especially in the case of domestic abuse and sexual assault. Based on Time's Up Foundation, “3 of 4 sexual harassment cases are never reported. When they are, 75% experience some form of retaliation" Black Survivors and Sexual Trauma.

In the media, Megan Thee Stallion was practically bullied for being shot by a Black man. While the full story isn’t clear, it doesn’t take away from the fact that she was the victim of a shooting, yet somehow that’s been ignored. To this day, the Black community wonders how R. Kelly was able to get away with his antics in the '90s and early 2000s, but look at how people treated Megan.

Black women are allowed to say what they feel, when they feel like it. Black women are worthy of being heard, validated, and understood, no matter how “loud” we get. If Black women make you feel small, that’s a personal problem.

I have barely scratched the surface of all the rules of Black women. There are so many others that hold them back from their true potential. Next time you see a Black woman, send words of encouragement while she battles the unjust rules of society, I guarantee she needs it. 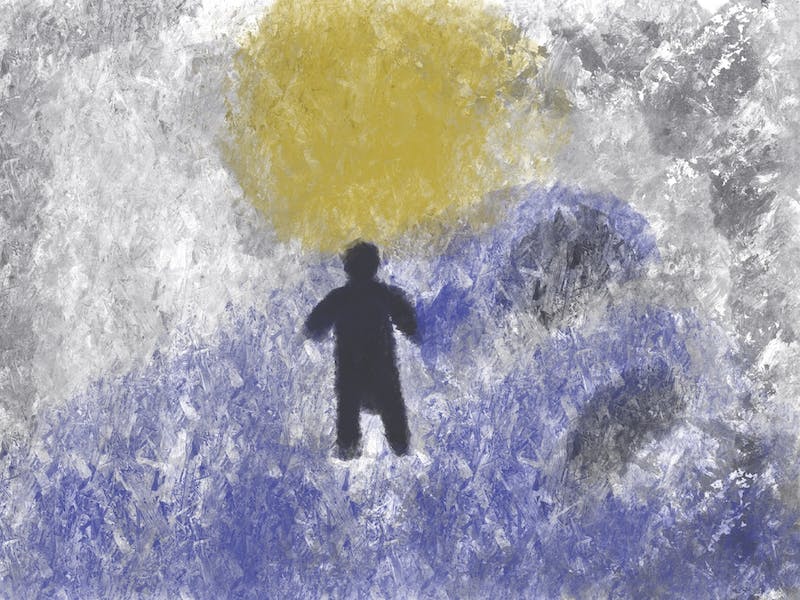 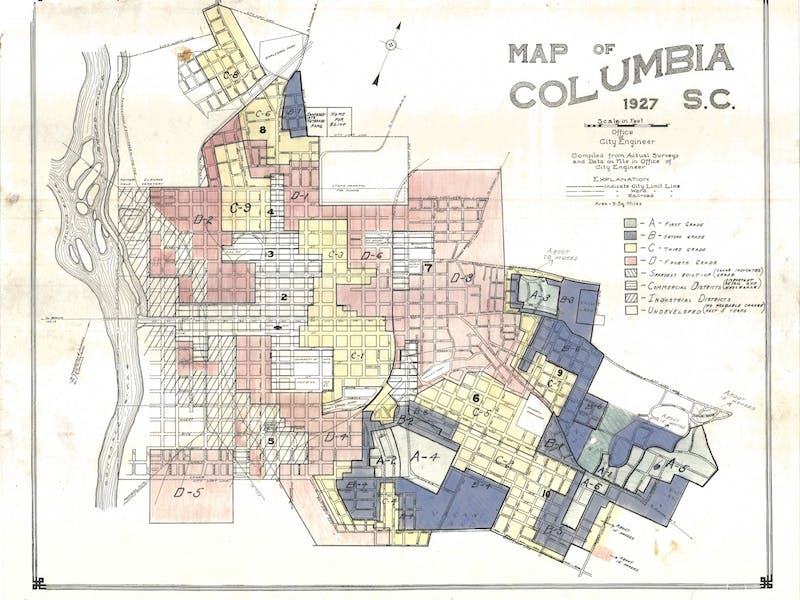 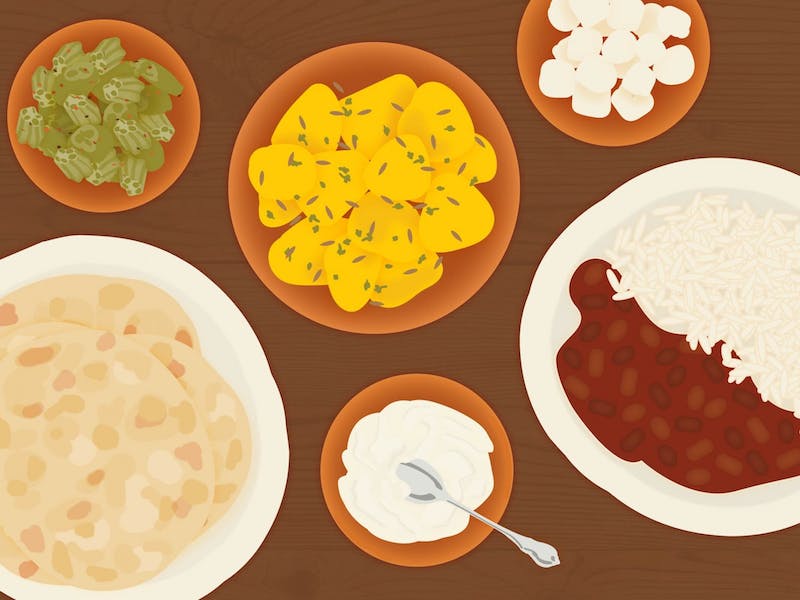 At My Indian Table