No, The Administration is Responsible: A Response to Our 2019 Editorial

Back in 2019, Garnet & Black Magazine published an editorial titled “We are the Students Responsible,” covering Allison Dunavant's lawsuit against UofSC, then-President Harris Pastides and art professor David Voros. We focused on putting student activists in the spotlight and showed the ways students have, time and time again, pushed from below, aiming to motivate change at the top.

Several things haven’t changed since then. Students are still advocating for justice and marching out in the streets, encouraging others to write to administrators, hang up posters and spread the word about the actions of Voros, who has had three lawsuits against him and UofSC alleging different instances of sexual harassment.

All this hard work from students and the constant pressure put on administrators has led to Voros' removal from classroom duties while remaining on payroll. Dunavant's lawsuit, filed on May 18th 2018, has since been settled. USC agreed to pay Dunavant $75,000.

Student's weren't happy about the decision, prompting them to form a coalition. Sophie Luna, a student involved with the coalition to fire David Voros puts it best: “So he’s going to be spending one semester not teaching, but still getting paid a salary. So in essence, they just rewarded him with a vacation,” Luna said. "We want to get him out of there for good because we are actually interested in protecting people as opposed to [UofSC] just looking good.”

We made a point in 2019 of saying that students and student activists have the capability to influence administrators. However, when a professor clearly shows misconduct, shouldn’t university policy be there to take the burden away from students? It should not be the students' job to make safe spaces for themselves: we should have those in place.

The goal of the student coalition is to see David Voros and all other alleged abusers fired, including Mike Dollar, David Snyder and Robert Richman, as well as enablers. University policy clearly outlines on what grounds a tenured professor would be terminated. Here are the causes below:

How is a tenured professor fit to be employed when the misconduct involved essentially made him “unfit” for classroom duties? The faculty manual clearly states it.

"I think that if misconduct questions the ‘fitness’ of a professor, then he should be fired,” Dunavant told FITSNews. “He is removed from his classroom duties, barred from doing independent studies, and not allowed to take students abroad. So in what ways is he ‘fit’?”

On March 14, a presidential communication from Bob Caslen shared remedies to the system, including separating the positions of Title IX Coordinator, who will report directly to Caslen, and the Equal Opportunity Programs Director. There is currently no word on whether or not an internal appeal system is being re-instated after the 2019 removal of the presidential review, which was removed for being deemed "duplicative." Students still have options for appealing externally to third-party agencies.

Now, students are left waiting for "due process" despite lawsuits having long been settled. It is a lengthy process that takes time and solid evidence to show the allegations are valid. There is no excuse for this process having only just started.

Students are still making posters. Still writing to administrators, demanding that action take place. As a student, I’ve been told countless times by adults that my full time job is to be a student. If we can do our full-time jobs every day, studying and working for our future, then why can’t our university do theirs?

Yes, as students we often feel a responsibility to step in now and then to demand change and profess. We weren’t wrong back then, and we aren't wrong now. But I have to ask, if there are situations that are causing students to exhaust university resources, to demand change for months, then what support are they getting from the university?

“Our goal is not to work with the university. It's the university that is the opponent here. We're trying to get concessions from the university. So we knew this wasn't going to be easy, we knew they would make it hard for us every step of the way. And we had to fight tooth and nail for every inch of ground we got," Luna said.

As students, we are currently waging a steep uphill battle towards our future and safety. The goal of the university should be to flatten that hill as much as they can by creating a safe environment for students without massive media attention or protests. The rules are there, and the system is in place. If our current administration is not working for us, then they are against us. 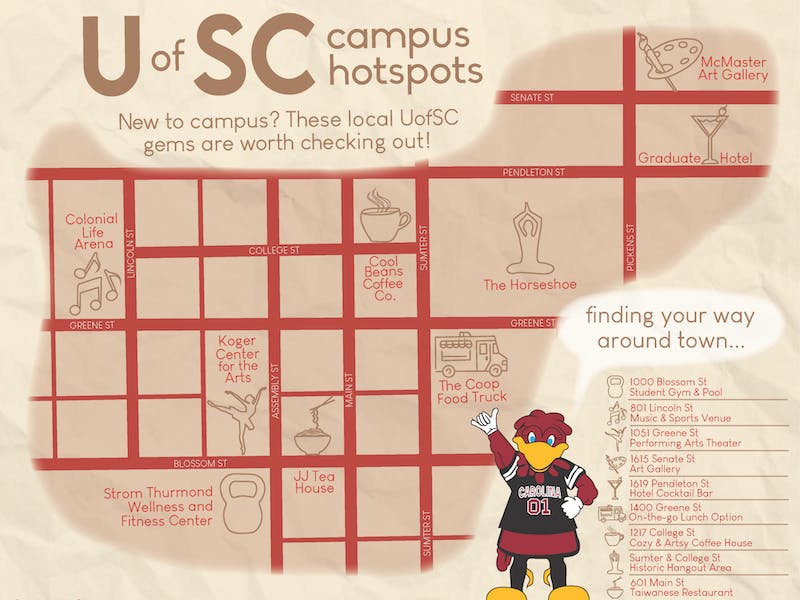