And the Eyes Have It

A dramatic monologue delving into layers of personality, anxiety, and life as a performance

This guy I went to high school with just got arrested. He was this really cool guitar player. I never had a shot with him because I wasn’t born on the cusp of the 90s, so I couldn’t talk constantly about being a 90s kid like he did. He had moss colored eyes, just unattainable. He was charged with assault and battery, premeditated murder, and then (wild card) cannibalism. This big photo of him was plastered at the top of an article. I just thought “Poor, unidentifiable Jane Doe, but wow, he’s still got it.” And I hate him for that because he should look like a gremlin, not someone I just bumped into on the street. His senior quote was from a song called “Eat Your Heart Out” and I just keep thinking about how badly that has aged.

So he hits every paper in the nation for a heinous crime. That seems like the opposite of what should happen, doesn’t it? Headlines draw attention, attention feeds the aspiring murderer, he does his thing, then gets the headlines. It’s a vicious cycle. To have that amount of nerve, you must just not have any physical nerves. No nervous system to feel failure, no pain receptors to hold you back. When the world is moving too fast, and I have to let my head digest, that's when the nerves swell like a crescendo. Twelve unread emails? Cue the woodwinds, Mozart.

It seems like it's wide open spaces that alienate us from one another. There’s a freedom that comes with it, but nobody pays attention to other people at the grocery store until you’re in the checkout line, giving cursory glances at M&Ms, flame printed Bic lighters, and the person in front of you has just a few too many items, enough to be annoying (did they really need that many cases of soda? I have places to be). We look at one another by the look of their M&M shell, the most tasteless part, just a thin layer to conceal the part which we only crack open for a select few. If the candy shell is shattered, a different color, or if the dye has been rubbed off on the side, they resist the perfect image shown on the package, so their paper-thin shell deems them inferior. At least in the dark, we all look and taste the same.

Why is it that I feel so free in enclosed spaces? A bathroom stall, a tight shirt, a blanket over my head. And so trapped in the open ballrooms, parks, and street corners? The open air stifles me if there are eavesdroppers with their conjecturing eyes and condescending, lemon juice faces (the anatomy is reversed; sweet zest may be inside, but shudder-inducing pulp is the shell which makes up their eyes). When I am in a yellow field, where my silence may even trick the tree to fall without making noise, that is when openness frees me. If I am also a lemon, then I am sweetest when I have fallen from the branch, finding solitude in the grass below. Don’t look at me! Look at me, look at me, turn back around. Do I want an invisibility cloak, or do I want that bright green coat, the opposite? And the eyes have it, that’s one point added to the score.

We all need attention, that’s inherently human. It’s what we do with it. Is it the only fluid that can fill up the tank, and when we run out we stand on the side of the road thumbing a ride? Is it a spotlight constantly tailing us when we just want to sing in the dark? Or maybe it’s a tweet begging partly for agreement to relate to and also fierce opposition to instill a moral high ground. Someone at one with the universe would say it should simply be an accessory to a life decidedly fulfilled. But until then, its option (e.): all of the above. Tomorrow the sun is going to rise again and set again and toss the baton to the moon for her act, twice a day for the whole season, no days off. For them, the eyes pour in when there’s an abnormality - a blood moon, a solar eclipse, a meteor shower - but they don’t even look at how many are in the seats, they rise and set because it’s all they can do. Though they won’t see me, I’ll be there watching every show. 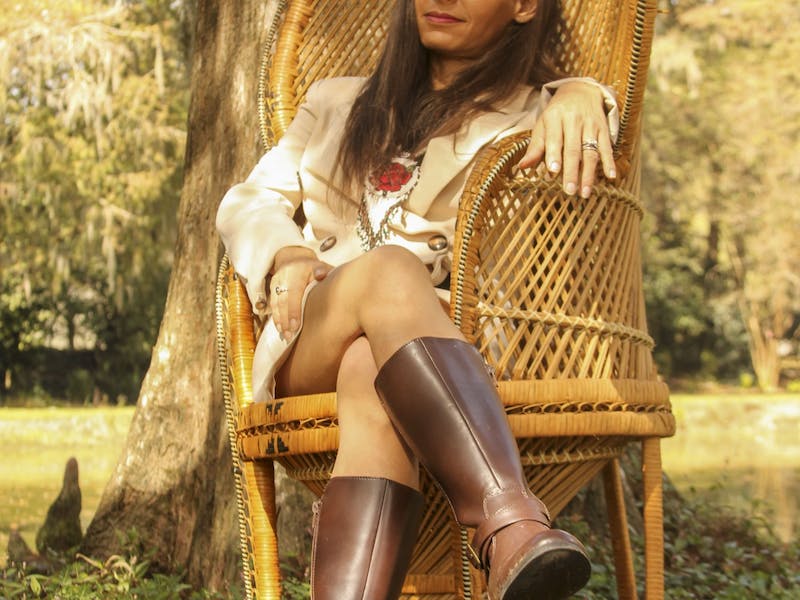 Native Americans are Not Invisible