“When we scroll through our feed, we fail to remember that every single thing we see is curated in some way … This girl in the bikini who looks flawless might’ve taken that photo 300 times before getting the perfect one at the perfect angle, but we only see the best of the best.”

Chances are, you spend hours on your phone scrolling through social media every day; swiping left, double tapping your favorite photos, or perhaps comparing yourself to those in the photos you double tap.

Social media platforms seem to have been taken over by many health and fitness accounts, posting photos of food or the perfect diet plan followed by captions like, “How to have a summer-ready body in 30 days.”

Perhaps accounts like these are encouraging. Perhaps some view them as a representation of body positivity. Or perhaps it creates a toxic mentality of trying to achieve this idea of “the perfect body,” one that is viewed differently through the eyes of the beholder.

24-year-old Holly Heaton, an alumnus of USC, knows this all too well – the good and the bad that Instagram and these accounts can create.

Heaton herself has an Instagram account promoting mental and physical health – representing body positivity in the grandest of forms. However, this came from a long journey of struggling with an eating disorder and learning the process to recovery – a journey that needs to be recognized in order to understand the significance of her body positive Instagram account.

“While I acknowledge that the onset of an eating disorder is often extremely complicated and due to many factors,” Heaton explains, “the earliest I can remember it becoming an issue was in fourth grade.”

As a competitive cheerleader, Heaton noticed that her body shape was different from other girls. She began comparing herself to those around her. After being bullied by not only peers but by friends, she developed a toxic mindset of what “beautiful” meant at an early age.

"I felt unnoticed. These feelings of isolation, of being left out, of feeling invisible, they all contributed to the beginning of the lifelong belief that if I was thin and beautiful, my life would be better,” she says.

It was her junior year of high school when Heaton made a choice that would define the next three years of her life. She developed an addiction to Adderall, which resulted in her going hours without eating. This transformed into an obsession with becoming thinner and thinner, and she began purging to rid her body of what she was eating.

Entering college at the lowest weight she had ever been, she'd developed a toxic relationship with food. She slowly began recognizing that she couldn’t continue down this narrow path that she had created.

“If I kept going in the direction I was headed, living off stimulants, cigarettes and alcohol, I’m fairly certain I would’ve ended up in the hospital or with irreversible damage to my body.”

At age 19, Heaton fell in love with the man who would help her decide to stop harming her body. She stopped the toxic behaviors, but this translated into a new issue: she became obsessed with dieting.

“After the behaviors stopped and I naturally started to gain some of the weight back, I started to panic and became obsessed with dieting … I wasn’t purging or abusing stimulants anymore, but I was still stuck in the mental anguish of food and body obsession,” she sayfs.

It was after graduation that Heaton decided to make an honest change. She began working with dietician and food therapist, Rachel Hartley.

“Working with her allowed me to no longer see food as “good” or “bad,” to honor my hunger and respect my fullness, and to finally, for the first time, learn to enjoy food and my life again.”

She has spent the past two years healing: body, mind and soul. From this process came the creation of her Instagram account, formally known as @messykitchgirl but rebranded to @hollyincolor, representing what she wants her account to teach others: body positivity along with positive mental stimulation.

The account started as a food blog, representing a different type of obsession she had developed with food. However, as her mind began to heal with her body, she wanted her content to change as well, representing something new.

“I wanted to share all that I’d been learning about body positivity and intuitive eating and food freedom with my followers, especially when I learned the staggering statistics of women and men struggling with eating disorders.” She continues to explain the change in her Instagram account, “Additionally, I saw the struggles for myself, all around me – my friends, my mom, almost everyone I knew was struggling to accept and love their bodies in some way or another and I had the desire to talk about it, as I felt like not many people were at the time.”

Unfortunately, Heaton isn’t a stranger to the fact that not all accounts represents positivity like her own. She sees the ways in which it can be a toxic place for many, specifically health and fitness accounts forcing this mentality that perfection can only look one way.

“The accounts that are pushing diets or saying, 'Buy this workout plan and you can look like me!' not only are primarily concerned with making money and building a following, but they often manipulate and sometimes flat out lie to vulnerable people who look up to and admire them.”

There is not a single definition to beauty, no matter what Instagram accounts such as the one mentioned above make you believe.

Despite the endless accounts found on Instagram sending this toxic mentality of perfection or a perfect body, there is a positive change taking place on Instagram showing off a different perspective, Heaton explains.

It is easy to get caught up in the toxicity of accounts on Instagram, photos of what the world defines as “perfection,” or simply what society has forced itself to believe one should look like. However, you are also able to embrace body positive accounts – accounts that teach you how you can define what is healthy and beautiful individually by accepting and loving yourself – mind, body and soul.

There are two different sides to Instagram – you have to make the decision on which side you will follow.

Best said by Heaton, “Spending time wishing you were someone else or that you lived in a different body is such a waste of your precious life minutes. Focus on what your body allows you to do each day – laugh, run, kiss, hug, travel, play – and say thank you.” 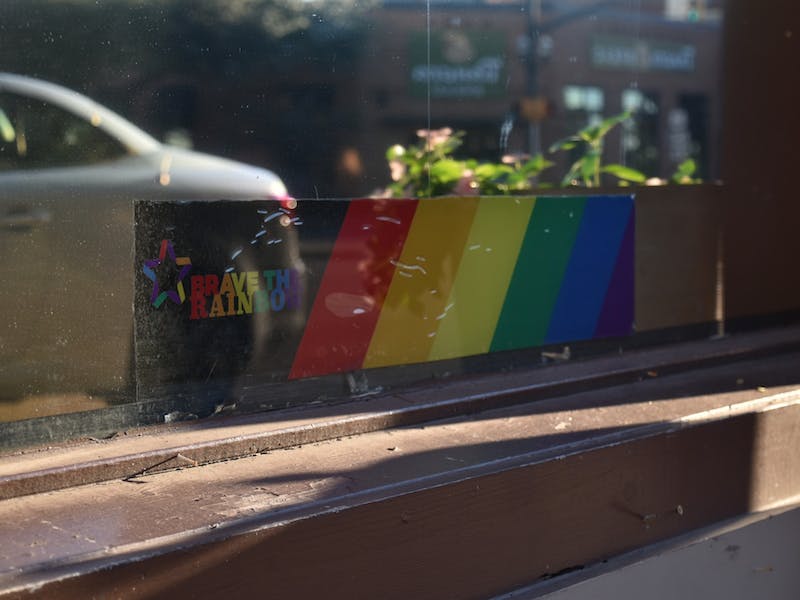